In the book Ragas in Carnatic music, Dr S Bhagyalakshmi explains “Pantuvarali is also referred to as Kamavardhini. Its equivalent in Hindustani music is Purya Dhanasri. A raga having ample scope for alapana and sung at the early part of the concert.”

Ragam Pantuvarali was frequently featured in the early part of MS’ concerts.

In one MS concert, a very interesting raga sequence(musical links below) was Pantuvarali followed immediately by Ragam Mayamalagowla (the suddha madhyama ‘equivalent’ in the melakarta scheme for Ragam Kamavardhini).

Here are compositions in Pantuvarali in multiple languages and by multiple composers featured in MS 78 RPM recording, movie Savithri and in concerts across multiple decades. 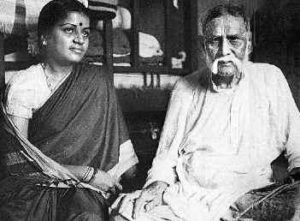 One of the examples in the The Province of Poorvi highlighted by Shri Rajan P. Parrikar is MS’  Dashavatara Stotram set to music in Raag Purya Dhanasri by Shri Kadayanallur Venkatraman.

In the Hindu article about the release of Ustad Alladiya Khan’s biography, Gowri Ramnarayan writes “M. S. Subbulakshmi had recounted how she had visited Khan Saheb in Bombay to offer her respects. The Ustad’s eyes had lit up when she sang Pantuvarali (chosen because of its closeness to the Hindustani Purya Dhanasri). When she stopped, he seemed to continue it in a soft humming. Placing a hand over her head, he declared that she would become one of the greatest singers of the Indian tradition. M.S. added in tender recollection, “It is the blessings of such great artistes that have been my strength through life.”