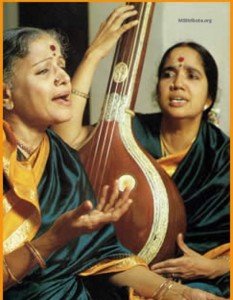 In the interview, A daughter remembers, Radha shares, ‘It was Musiri who had advised them about the importance of ‘voice synchrony;’ he had told Radha, “Your voice should blend with MS’s and sound like a single, integrated tenor.” No wonder their Vishnu Sahasranamam recording is known for this quality! “In the line, “Amaaani Maanado Maanyo,” when MS briefly stopped to take a breath, it had to be re-recorded, but Amma insisted it be left alone. ‘Let people know that Radha sang along,’ Amma said.”’

Youtube Link to Vishnu Sahasranamam at the start of this line 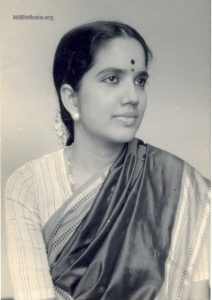 Solo Concert by Radha Viswanathan in All India Radio 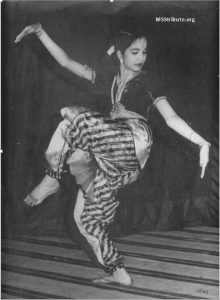 From Veejai Sai’s Tribute to Radha

“The world of music knew Radha as MS’ daughter. She was a dancer, to begin with, a student of Vazhuvoor B Ramaiyah Pillai, Radha was his first student along with Anandhi, daughter of famous writer Kalki Krishanmurthi.
Today, the Vazhuvoor tradition is thriving and we should thank Radha for being the trigger for it. Now, it is all codified and we know the vocabulary of the dance form. She is the uncrowned queen of the Vazhuvoor tradition.”

As Bala Meera in the movie Meera 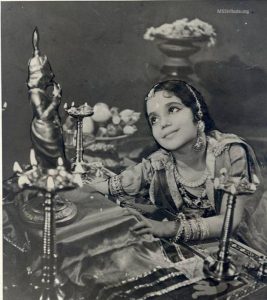 As Bharata in the movie Sakuntalai 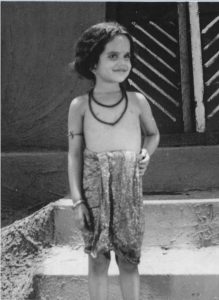 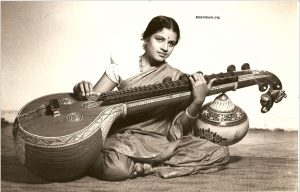 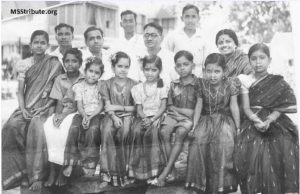 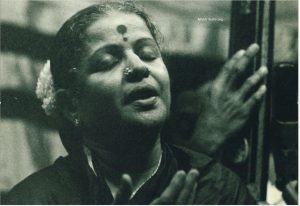 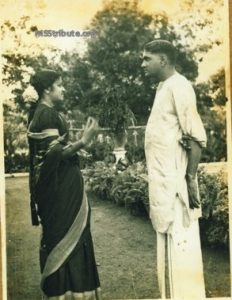 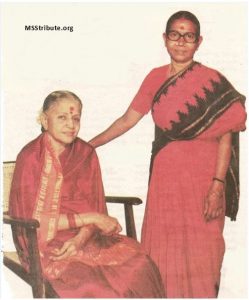 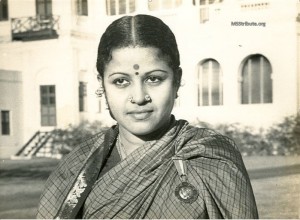 Source :  From the Archives of Smt Radha Viswanathan

From MS & Radha by Gowri Ramnarayan

One of her signature viruttams, which involved improvised ragas across an exquisite Tamil lyric goes :

‘ Even if the mother forgets the child,

and the child forgets the mother who bore it,

even if the heart abandons the art it had absorbed, and eyes fail to blink,

I shall not forget the lord who resides within pure souls‘

Decades later in a televised concert,